20 Entrepreneurship Quotes To Keep Your Small Business On Track

What keeps entrepreneurs motivated? What keeps their small businesses on track?
Although small business owners have perceived super-human motivation levels, it can be difficult to keep spirits high when maintaining a business, a personal life, and a healthy amount of sleep. As this winter’s cold weather and post-holiday slump weigh on entrepreneurs around the country, it’s important to keep a few things in mind: you’re not alone.
To keep you motivated and keep your small business on track, check out the 20 quotes to inspire your daily to-do lists, approaches to challenges, and new ideas.

Quotes About Getting Started

“To any entrepreneur: if you want to do it, do it now. If you don’t, you’re going to regret it.” – Catherine Cook, co-founder of MyYearbook
“If you’re not embarrassed by the first version of your product, you’ve launched too late.” – Reid Hoffman, co-founder of LinkedIn
“Business opportunities are like buses: there’s always another one coming.” -Richard Branson, Founder of Virgin Group
“The price of inaction is far greater than the cost of a mistake.” -Meg Whitman, CEO of HP

Quotes About Being An Entrepreneur

“An entrepreneur is someone who jumps off a cliff and builds a plane on the way down.” – Reid Hoffman, co-founder of LinkedIn
“Choose a job that you like, and you will never have to work a day in your life.” – Confucius
“We are currently not planning on conquering the world.” – Sergey Brin, co-founder of Google

Quotes About Visions and Goals 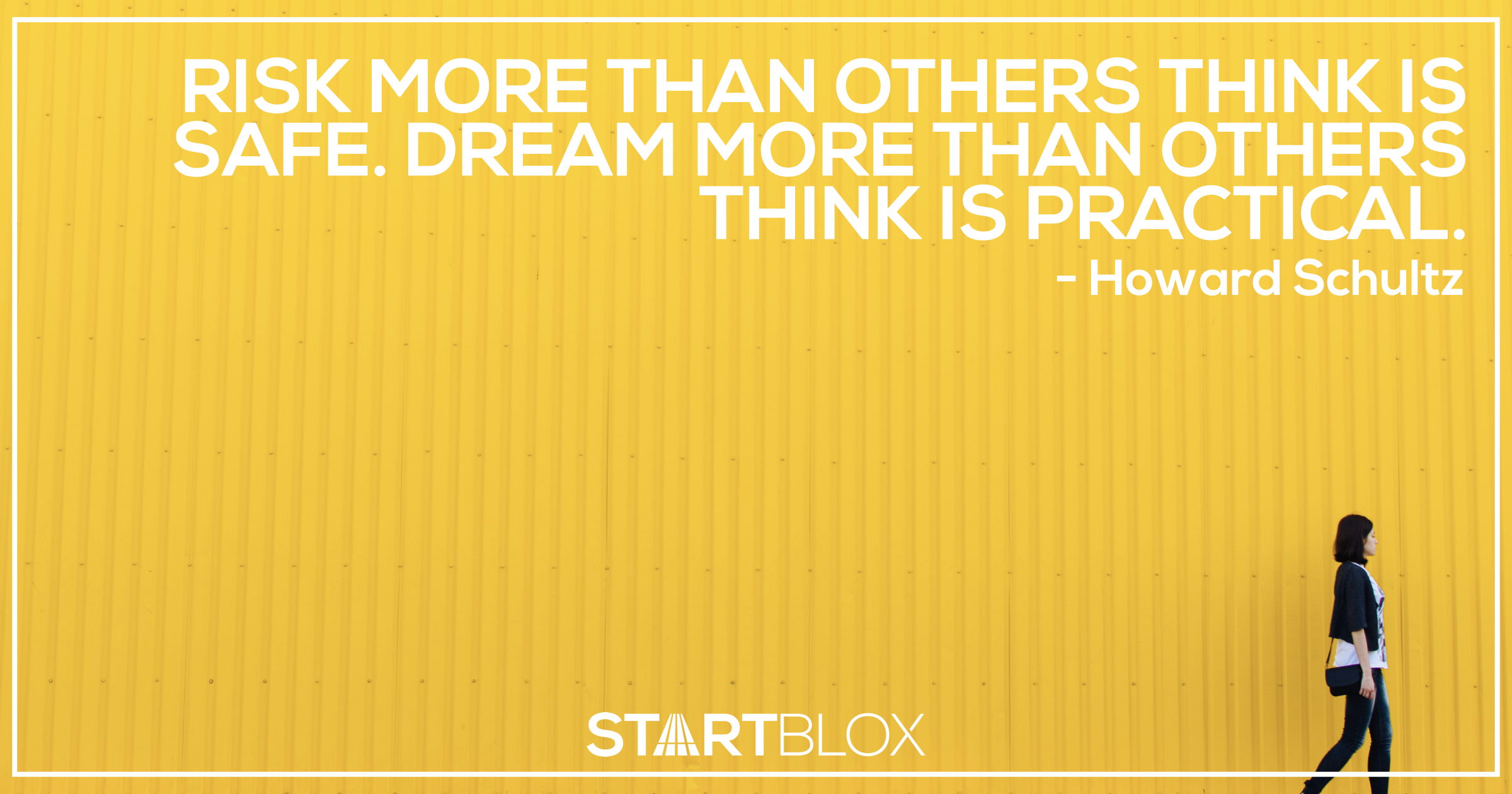 Quotes About Making Mistakes and Persevering

“When everything seems to be going against you, remember that the airplane takes off against the wind, not with it.” – Henry Ford, founder of Ford Motor Company 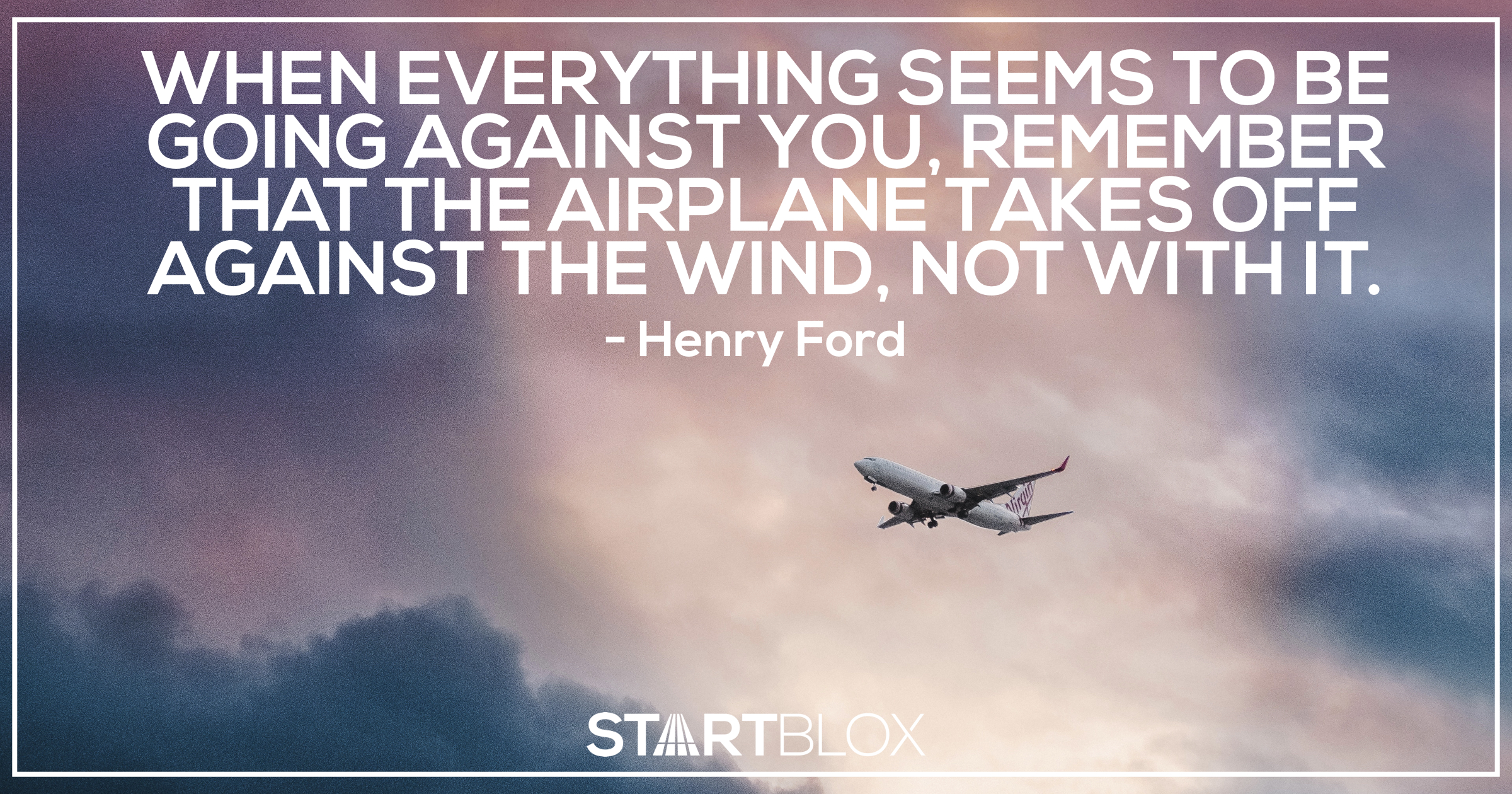 “A person who never made a mistake never tried anything new.” – Albert Einstein, physicist
“I’m convinced that about half of what separates the successful entrepreneurs from the non-successful ones is pure perseverance.” – Steve Jobs, co-founder and CEO of Apple
“Timing, perseverance, and ten years of trying will eventually make you look like an overnight success.” – Biz Stone, co-founder of Twitter
“If Plan A doesn’t work, the alphabet has 25 more letters.” -Claire Cook, Author

Quotes About Building Your Business

“Money is like gasoline during a road trip. You don’t want to run out of gas on your trip, but you’re not doing a tour of gas stations.” -Tim O’Reilly, Founder and CEO of O’Reilly Media 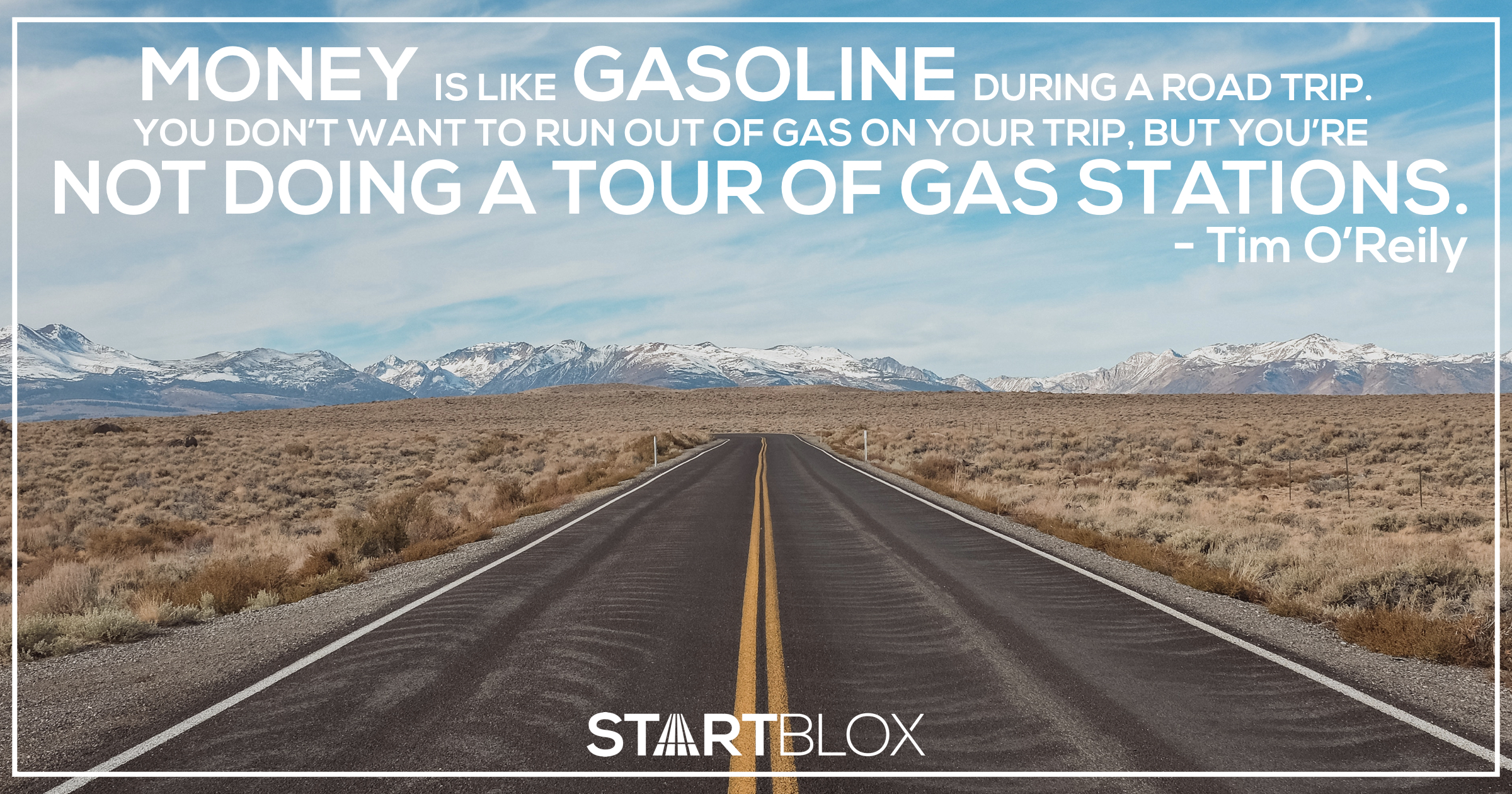 “Early to bed, early to rise, work like hell and advertise.” – Ted Turner, Entrepreneur and Businessman
“Customers don’t expect you to be perfect. They do expect you to fix things when they go wrong.” – Donald Porter, British Airways
“Do. Or do not. There is no try.” – Yoda, Star Wars

How to Develop a Content Strategy Plan for Your Small Business: A Start-to-Finish Guide 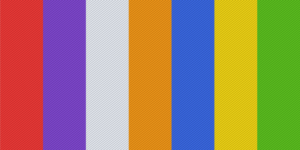 A Brief Guide to Color Psychology for Startups 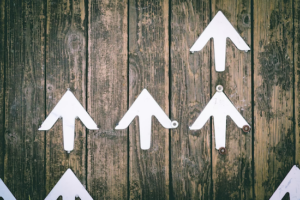 The 7 Stages in the New Product Development Process